So we’re coming towards the end of our tale now. Two rituals done, two to go.

The next took place on the concourse in front of St Paul’s Cathedral and was lead by John Constable in the guise of John Crow, his alter-ego.

John is the kind of person that the word “charismatic” was invented to describe. He goes his own way and is unique and completely uncategorisable. He’s an actor, a poet and a playwright, as well as an urban shaman and a latter day voodoo priest. He wrote The Southwark Mysteries, a modern mystery play cycle, first performed in Shakespeare’s Globe and Southwark Cathedral on Easter Sunday, 23rd April 2000, and has presided over a monthly vigil at the gates of the Crossbones Cemetery in Southwark since 2004. Prior to that he led a Halloween ritual which culminated in a procession to the gates, and this year marks the 20th anniversary of what he refers to as “the Goose visitation”, when the spirit of one of the dead at Crossbones descended upon him during a late night walk through the streets of Southwark: on the 23rd November 1996.

Southwark is just over the river from the City of London, and was the place, just outside the jurisdiction of the City, where the well-to-do burghers, the gentry and the clergy would repair for rest and recuperation: which is to say, it was the place where the whores would congregate and where a god-fearing citizen from the other side of the river could cast off his pious cloak and indulge his more corporeal fantasies for a time.

The first time we’d met to discuss our plans had been at the George Inn in Southwark, after which John had led us to Crossbones and given us a guided tour.

When Jon Harris and I had reconnoitred the City a few weeks before, we’d selected a series of places where there was a little space in which to perform our rituals. We had no idea, then, what anyone would want to do with them.

It was John Constable who chose St Paul’s as his location, and forgiveness as his theme.

It is forgiveness that characterises Christianity as a religion, remember. Forgiveness of sins. Sin is another form of debt, which the Redeemer offers his life as payment for.

Of all the places we gathered that day, the concourse in front of the Cathedral was the most perfect, the most precise, the most resonant with contained energy.

It is laid out as a circle of stones around a central pivot. There’s a small hub in the heart of it. John lead us to this place and gathered us around to talk, while he drew a six pointed star in chalk on the floor and placed various objects at the points of intersection.

John then asked us to help to manifest an entity as a symbol of the system: a creature he called “Phatty”. Phatty is the Fat-Cat who feeds off human greed. We formed a circle and John did a performance of a poem invoking the spirit of this Being, as it resides in all of us.

(PHATTY from SPARK IN THE DARK by John Constable):

He did this all from memory.

John then introduced us to the concept of the Long Dance performed during San Pedro ceremonies, in which participants dance for hours in a circle, first clockwise to release negative, destructive energies to the transforming fire at the centre – in our case represented by a single candle in the six-pointed star – then ‘widdishins’ to draw in and project positive, healing energies. He playfully announced that we would now perform our own ‘Short Dance’.

Which is what we did. We danced clockwise around the circle banishing and transforming Phatty’s energy, chanting these words: “Here Phatty’s Debt I now redeem / Awaking from his Deathly Dream.” 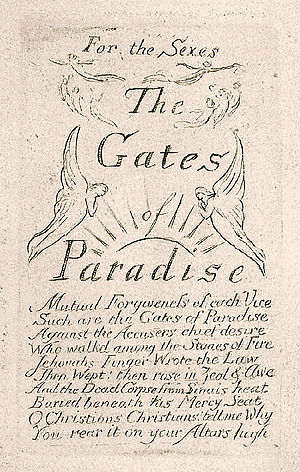 This went on for some time, maybe ten minutes, after which we reversed the circle and danced the other way to receive and emanate William Blake’s vision of forgiveness, while chanting lines from one of his illustrated books, The Gates of Paradise: “Mutual Forgiveness of each Vice / Such are the Gates of Paradise.”

William Blake too, knew these streets, living, as he did, in Lambeth, not far away, and would have walked them often in his epic jaunts around the London landscape. Blake was also prone to visitation of various kinds, and to an active engagement with the denizens of his imagination. If there’s any figure who unites all of us in our journey today, it is William Blake.

While this was going on someone I knew, Susanna, had exited the circle and was talking to a priest on the steps of the Cathedral.

She called me over and asked me to explain what we were doing.

I gave him a King Arthur £23 note and copies of our Positive Money leaflets. I showed him the picture of Arthur on the front of the note and he nodded over at Arthur in the circle and said, “ah yes, I can see him there.” I reminded him of the Jubilee from the Bible and the words of the Lord’s Prayer and explained that we were calling for debt forgiveness. He listened politely. He seemed a little sceptical but – let’s face it – who wouldn’t be?

After that I went back to the circle to continue participating in the process.

King Arthur made a very telling point about the space we were currently occupying. He said it always got on his nerves when pagans complained about Christians taking over what had previously been pagan sites. He said, “What is it about the words ‘Genius Loci’ they don’t understand? It means ‘spirit of place’. The spirit of the place is still here no matter what religion is being practised.”

A couple of things were happening nearby. One was a wedding. There was a photographer taking pictures of the happy couple, her in her white satin wedding gown with the veil cast back over her head: him in his suit and tie. No doubt they wanted this space for themselves. And not far away there was a gathering of foreign students being addressed by a couple of guides.

I went over and distributed £23 notes to them. Everyone wanted one.

There was other secret alchemy going on too, but I won’t say what this was as it would spoil the magic.

The amount of energy John Crow poured into leading this profound and engaging ritual was extraordinary. It was a privilege to have have been a witness and to have shared this experience with him.