It was during this visit to Cardiff that CJ had met Pixi for the first time. He stayed for a few days, and then, on the Saturday night Steve and CJ went to a party at the house where Pixi was staying.

He went by a variety of names in those days so you never knew what to call him. At one point he’d reverted to his given name, which was Neill, which he insisted was spelt with a double L. Later he declared that it was Reill, pronounced ‘real’ and even went so far to tattoo this on his arm. Then, after he met Arthur, he became Mordred, in honour of his role in the Warband. Not that Pixi was Arthur’s enemy as the character in the stories had been. They believed they had the right to interpret the stories in any way they wished, and in their version of it Mordred was on Arthur’s side. He challenged Arthur, because that was in his nature. Pixi challenged everyone. But the challenge made you stronger.

Later again he changed the name to Less Dread, because he had his dreadlocks cut off. But generally he was known as Pixi, a name that he loved and hated at the same time. The reason he hated it was that it had a kind of wishy-washy New Age ring to it. It was the sort of name that fluffy girls on peace camps might call themselves. But he knew too that real pixies in their original form were mischievous beings, not fluffy at all. Cosmic trouble-makers. Hence his spelling of the name, with two I’s. A bit sharp and a bit pointed. A bit angular. A bit spiky.

The party was in the back garden. They were sitting round a fire drinking cider. CJ and Pixi had never met before, but they felt that they already knew each other. They were like old friends. Pixi had heard Steve’s stories about him so many times, it was like he had been there, in spirit if not in body.

After a while Pixi began to sing. This was his natural place, with a guitar, by a fire, late at night, with the cider flowing. That’s when the currents of the Earth ran through him like a storm. It was like he was picking up energy from the Earth, like he’d planted electrodes deep into the mantle and was drinking in the magnetic field. There was an energy about him, an authenticity, a raw musicality, timeless and natural like the elements. It was as if he was giving voice to the spirits as they gathered about him, as if his audience wasn’t just a few people in the back garden of a house in Cardiff one late Saturday night in the 1990s, but the whole world, and everyone in it, for all time.

CJ felt that this fire was the same fire near which King Arthur had slept not so long ago, the one where the woman had accused him of being drunk. It could have been any fire anywhere in the world at any time in history. It was like the great stirring, humming electrical city all around them was fading into the background, and they had all been cast back, into another time: into a heroic age, in which the people were themselves again, no longer shackled by the constraints of industrial capitalism, no longer slaves to the profit motive, but free to explore their true status as legendary beings. It was like they had walked through a door and stepped into a myth.

CJ felt that this was what Camelot must have been like.

And that was the beginning of CJ’s involvement with King Arthur and the tribe and the Matter of Britain. 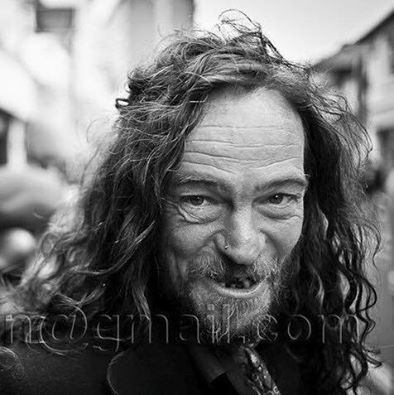 2 thoughts on “In memory of Pixi Morgan”