Stop the Israeli terror on civilians 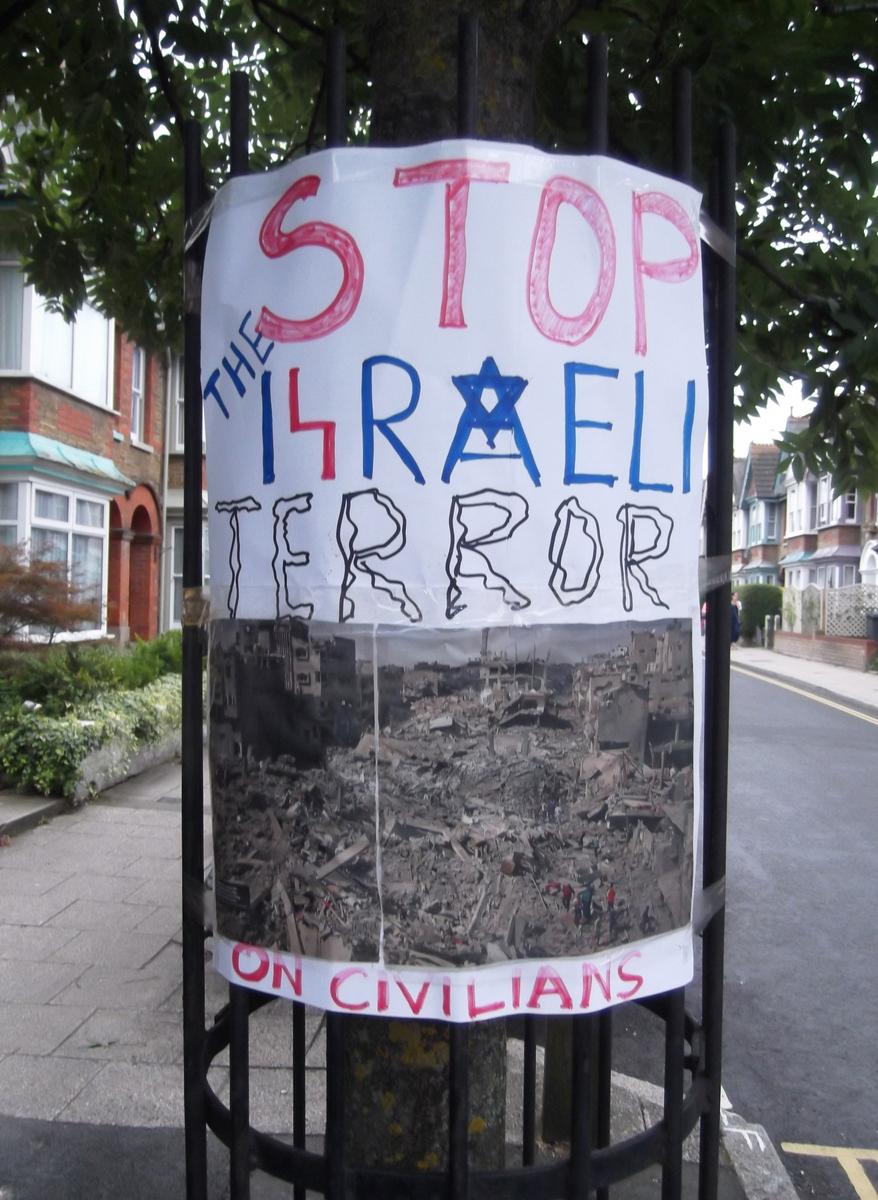 Readers may have seen the story about Julie Wassmer’s poster protesting against the slaughter in Gaza. It was fixed to a tree outside of her house in solidarity with the suffering people of that desperate, besieged, overcrowded enclave.

She put a copy of it up on Twitter, which earned her a massive response. Many people throughout the world are appalled at what has happened in Gaza, at the brutality and callousness of the Israeli Army in attacking women, children and old people in their homes.

Later a policeman visited her and took the poster down. He said that someone had complained that it was anti-Semitic.

How is this anti-Semitic exactly? It is talking about the State of Israel, not Jews. Many Jews are against the attack on civilians in Gaza. Are they anti-Semitic too?

This is one of the tricks that Israel and its supporters play, this attempt to identify themselves with the whole of the Jewish people, and to wrap themselves up in the mantle of the Holocaust.

The only proper way to remember the Holocaust is to ensure that it doesn’t happen again, to any people, of any race or religion.

Listen to the words of Henry Siegman, a refugee from the Holocaust, and former head of the American Jewish Congress and of the Synagogue Council of America.

Siegman wrote an article called “Israel Provoked This War”. Was he being anti-Semitic by saying this? He also did an interview with Amy Goodman from Democracy Now, which is available on YouTube.

Both the interview and the article are highly recommended.

When asked why he thought Israel was provoking the war, he said, “Because they are intent of preventing the development of a Palestinian State. To put it bluntly, they want all of it. They want all of Palestine.”

Part of the problem we have is that, despite its supposed neutrality, the media seems unable to report the real causes of the war. We are always being taken back to a specific point, when the rockets started flying, but are never given the context: of the ongoing brutality of the occupation. Thus we lose half of the story.

The kidnapping and murder of three Israeli youths by unknown assailants was given extraordinary prominence, while the murder of two Palestinian youths, not a month earlier, passed without comment. 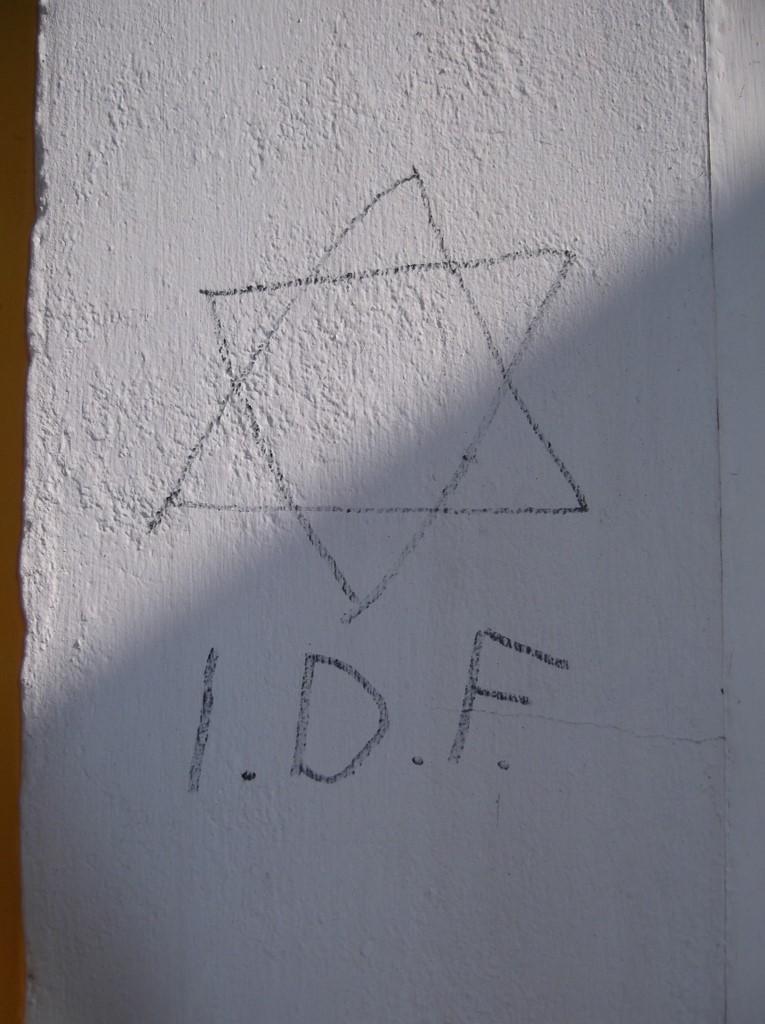 After the poster was taken down Julie put one up in her window to replace it. Later she came home to find a Star of David and the letters IDF daubed all over her wall. IDF stands for Israeli Defence Force. Her lock had been interfered with so that she couldn’t open the door, either from the inside or the outside.

She was also inundated with hate mail on Twitter.

Such bullying behaviour is a testament to the weakness of the argument on the other side.

If you would like to hear more about the background to current events, there will be a stall: 2pm on Whitstable Beach on the 17th of August, near Brian Haw’s memorial bench.

For more on this story by CJ Stone please follow the link here.