Justified and Ancient. The KLF: Chaos, Magic and the Band who Burned a Million Pounds

The KLF: Chaos, Magic and the Band who Burned a Million Pounds

I recommend this book.

John Higgs has taken the standard rock biography format, done some strange incantations over it, waved his magic wand and – Abracadabra! – turned it into a philosophical tract.

This book isn’t just about the KLF. In fact it is hardly about the KLF at all. It’s about Dada and Discordianism. It’s about the Illuminati conspiracy. It’s about Dr Who and the Situationist International. It’s about the number 23. It’s about Ken Campbell, Robert Anton Wilson, Alan Moore, Carl Jung, Harpo Marx and the Three Stooges, as well as about Bill Drummond and Jimmy Cauty and the pop band they formed. In fact the cast of characters who stride through this book reads like a Who’s Who of some of the most influential and enigmatic people of the 20th Century.

But it is more than this too.

It’s like a strange, moving meditation on the meaning of existence, seen through the lens of what, by any measure of things, must be the oddest, most exasperating act by any pop group ever: the burning of a million pounds on the morning of the 23rd of August 1994, in a broken down cottage in Jura, in the North East of Scotland.

The question is this, repeated over and over again throughout the book: was it just the act of a pair of attention-seeking arseholes, or something else, something much more profound and disturbing? And it is in the process of trying to answer this question that we are lead through that Who’s Who of minds and motivations, that fractal web of coincidence and incidence and back story and plot, taking in everything that must have crossed their minds in the process of reaching this very peculiar moment, setting light to, and progressively burning, one million pounds in £50 notes.

The thing is, they never could explain it themselves. When you see them talking about it – which they rarely do – they look haunted by it. That’s a good word. It’s like the ghost of that money still hovers over them, waiting for an explanation. Or an exorcism, perhaps.

And that’s what this book manages. Not only an explanation, an exorcism too. It gives an irrational act form and context and helps us to understand it in terms of a host of other things, and by that process, perhaps, it allows the protagonists be free of it at last.

Much of the book dwells on the subject of magical thinking. If you hear Richard Dawkins talking about the subject you will hear the barely suppressed tone of derision in his voice. Magical thinking is primitive thinking and something we have to remove from our lives, he says. What John Higgs does is to redeem it. He shows us its value. He shows how integral it is to our understanding of ourselves. He gives it a purpose and a direction and he places the KLF in this context and elevates their chaotic uncertainty to the status of an art form.

Will you find the answers in this book?

Well yes and no and maybe.

But does it work? Is it entertaining? Is it well-written and thoughtfully alive? 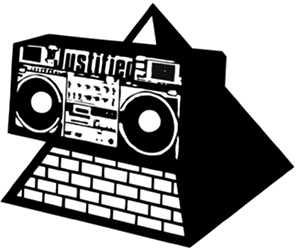 State and society in the era of globalization